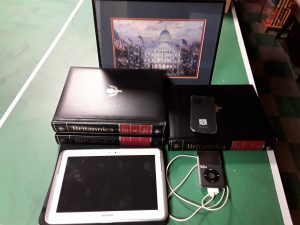 Learning not to be a sucker?

Stupid internet starts off on the wrong foot. Or perhaps doesn’t have a fake leg to stand on. Many people request “guugle-it” whenever they require a quick fact. It used to be you had to look it up in the encyclopedia. Before that you just had to make up facts #bullshit.

The times we are a changing. No, of course time is changing us. The internet is changing also. It is like poison ivy and boy do I know about that. It is growing out of control.  Mr. Trump wanted an army in outerspace and got it. I’m not arguing that. But, I think we need an army or team against those that poison, the internet. Countries are hacking into us #allamericans; even children are hacking in.

There is internet police, but, you can not see them. I know there are police on the streets trying to keep crime to a minimum and it works with the exception of innocent people being stepped on or mistaken identity with a cell phone looking like a gun?

The internet army needs to show they are lurking and ready to pounce.  TV News should entertain the public by making spectacles of these hackers who continue to send fake emails or fake charities begging for money and/or attention. Entities that cash in all of these fake charities should be ashamed allowing imposters to infiltrate the system. The middle class and poor give all this money to fake charities or political parties and don’t even know it. By getting fifty emails to contribute to a political campaign it would seem there would be an agency to stop it.

Enjoying writing for a blog is very satisfying. Helping others is even more so. I also get these spams or “comments” which are very entertaining and satisfying. But, some come with ulterior motives requesting I advertise their website one way or another. I get more comments from Germany (*.de) and China (*.*) then anyone. Do they love me more or am I an easy target so they can hack into my personal life? Do I really need to worry about these hackers? I am afraid ‘yes’. I have to keep up my guard and hope the army will protect me.

There should be a pulldown button similar to a 911 shortcut where you can report what you believe to be a scam or hoax without all the “paperwork”. It all too chaotic for me.

It’s like being at a party where you know most people and assume the rest are friends of friends. Then there is a little touch(e) of alchohol which relaxes the partiers. Not speaking from experience, but, there may be a pickpocket or two in the crowd.  Or maybe there is a mafia infiltrating the party. Be cautious and try trusting, but, don’t be a fool.